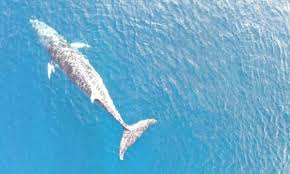 THE KILLING OF THE MINKE WHALE IN TAIJI, JAPAN

The undersigned members of the Wildlife Animal Protection Forum South Africa (WAPFSA) were informed that the minke whale caught on the 25th December 2020 was mercilessly and brutally killed despite the many international appeals to release it.

WAPFSA consists of an alliance of diverse South African organisations and individuals that share certain values, knowledge and objectives that collectively comprise of a body of expertise from scientific, conservation, legal, animals rights, tourism, social justice and public advocacy sectors.

We, the undersigned, echo the sentiments of Ren Yabuki from the Life Investigation Agency: “Despite Japan being a whaling nation, it’s unjustifiable by anyone’s standards to make an animal suffer in such a cruel manner. The Taiji Fisheries Cooperative’s indifference towards animal’s suffering is shocking.”

Taiji is a town located in the Higashimuro District, in Wakayama Prefecture in Japan. Taiji is the only town in Japan where drive hunting still takes place on a large scale. The government allows over 2000 cetaceans to be slaughtered or captured.

The Taiji dolphin hunt is based on driving dolphins and other small cetaceans into a small bay where they can be killed or captured for their meat and for sale to dolphinariums. Taiji also has a long connection to Japanese whaling. The annual dolphin hunt provides income for the local residents.

The Taiji hunt has attraction international criticism for many years, a documentary called The Cove in 2009 drew international attention to the hunt and dedicated environmental and animal rights groups have continued to raise objections. Anti-whaling groups such as Sea Shepherd and Greenpeace continue to insist that whaling is cruel and should be regulated. WAPFSA members are in support of all these organisations, we the undersigned to do not support the whaling industry nor do we support the Taiji hunting methods.

In mitigation to the negative international sentiment, the Japanese government has issued statements to say that whale and dolphin hunting are a traditional form of livelihood in Japan and that like other animals whales and dolphins are killed to supply the demand for meat. They maintain that the methods of killing have become more humane in recent years.

On the 25th of December 2020 Ren Yabuki, Campaign Director of Life Investigation Agency, in collaboration with the Dolphin Project, documented a minke whale which had become trapped in Taiji’s fishing nets. The offshore nets owned by the Taiji Fisheries Cooperative are in place year-round just outside the Taiji harbour adjacent to the infamous Cove.

Several different species of fish and shark were caught within the same nets, on the 29th of November 2020 a humpback whale got caught in the nets it was released on the 30th of November.

The minke whale was seen, via drone footage, repeatedly charging the net, with deep diving, likely in attempts to escape. Despite numerous appeals the Taiji Fisheries Cooperative refused to release the whale.

On the 11th of January, the world watched in horror the video of the deliberate killing of the mammal. Eighteen days after the juvenile animal became trapped, fishermen tied a rope around its tail and secured it to their vessel in a way that forcibly kept the the whale’s head underwater. The mammal was seen fighting in panic for at least 20 minutes before drowning. The act was clearly inhumane and cruel and was defined by many as “sadistic”.

The undersigned members of WAPFSA hereby voice their disappointment that the Taiji Fisheries Cooperative refused to release the minke whale. We hereby collectively add our voices from South Africa to join the many other organisations who have already appealed to the Japanese authorities to change their policies.

If the Japanese government maintains that the methods of killing have become more humane in recent years, why, then, has nothing been done to prevent, nor to respond to such callous incident?

We are deeply saddened and angry that the minke whale was not released and was, instead, forced to suffer and die in this inhumane fashion. We appeal to the Japanese government to urgently review their methods of set net fishing, as well as their bycatch quota and non-target species release policies.

Vivien Law Parliament for the People